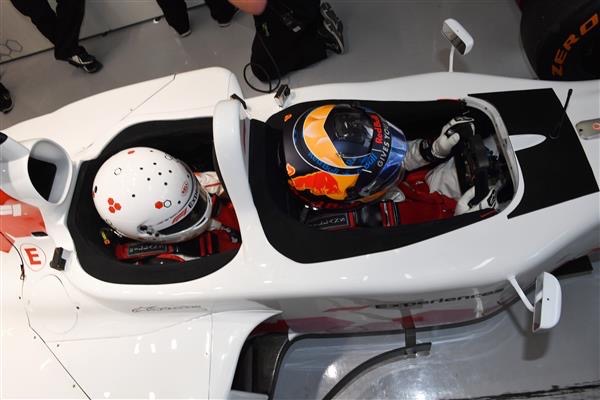 MGI Engineering played a significant role in contemporising the Formula 1 two-seated car in 2018 which resulted in offering passengers the closest experience possible to modern day Formula 1.

The car has undergone a substantial upgrade, with MGI Engineering designing and manufacturing an entirely new bodywork package, in line with the 2018 F1 technical regulations.

Our team of highly skilled engineers started working on the project in late 2017, focusing on designing a new wider front wing, rear wing, roll hoop and bargeboards. The bodywork gave the two-seater a striking new looking which turned heads on its first appearance of the 2018 season at Barcelona in May.

We improved the passenger fit in the car and installed cameras, which resulted in an enhanced experience, greater comfort and improved visibility and safety.

“It’s all been about enhancing the experience for the people in the car – driver and passenger” says CEO, Mike. “We have seen Jenson Button, Anthony Davidson and Paul di Resta take guests around in Barcelona and Silverstone, and they have all seemed impressed with the car. Introduction of an upgraded, technologically advanced two-seater has become an important part of the F1 Experience programme. It’s great that we are a part of it.”